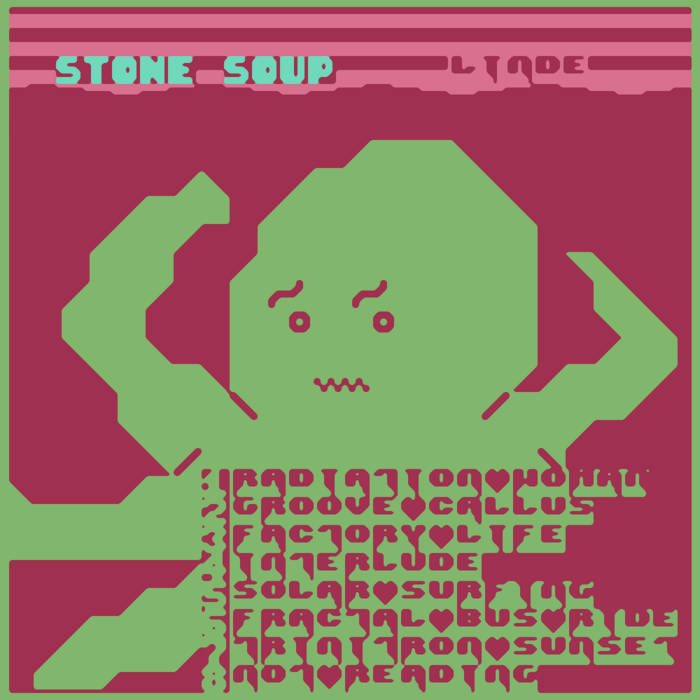 Bits and pieces of Linde's music from 2011 and 2012 collected, refined and put together into an all-FM-PSG synthesized musical stone soup. Stylistically ranging from bassy electro to quirky funk and soft ballads, focus on catchy melodies and danceable rhythms is the only common denominator of all the tracks.

Linde has been making computer music for the past ten years, quickly settling with trackers and the various tools of the chipmusic scene to dabble with various platforms and music formats as sources of inspiration. Stone Soup was all written in VGM Music Maker according to the unmistakable specifications of the Sega Mega Drive consoles that he grew up playing.

Featuring appearances from Kari Faux, Bluestaeb and and interview with NY-bred artist Wiki