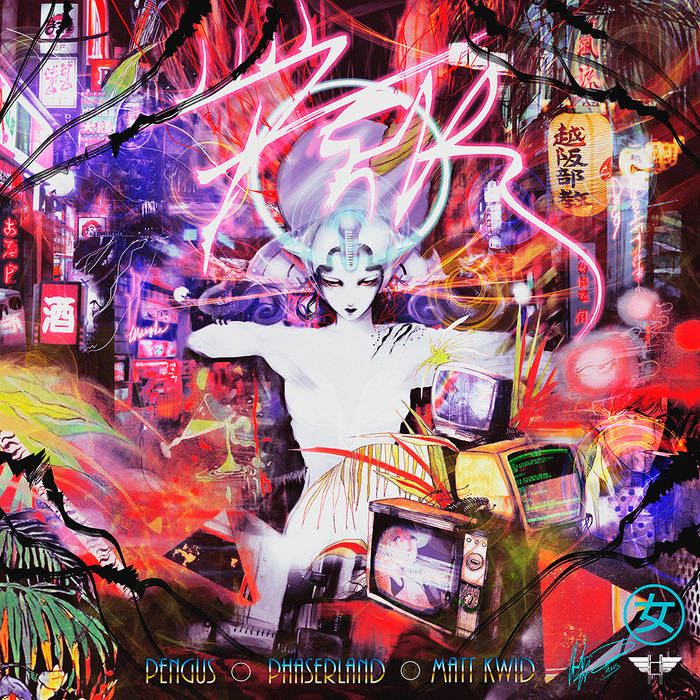 Eben Selker Get jacked up on these jammin' beats Favorite track: Jackpot - Pengus.

Chris Akers 2015 sees synthwave mature and progress toward a shinier future. This album is one of the prime examples of that evolution. Recommended listening!

Trinkaus, Eriksson, and Kwid joined forces in 2015 to progress the sound of the current synthwave/retro/'80s scene. Combining synthwave sounds infused with elements of jazz fusion, '80s library, and modern Shibuya-kei, they create a sophisticated blend of rich harmonic heavily melodic music that pairs well with a chilled glass of Dom Perignon.

Their main instruments of choice primarily consist of digital synthesizers manufactured in the 1980s in Japan with the frequent addition of live guitars. More information on the artists can be found at their individual music projects below.

A Swedish newcomer in the retro synth production scene. Gustav has practically lived in his studio since 2014, and has been working hard to get a foothold in both the commercial audio scene while remaining an independent artist. He really enjoys experimenting with new styles and vibes, but his love for 80's digital synths tends to make him lean in that direction in seemingly every production.

Music producer and indie game developer located in Austin, Texas, Matt has been actively playing guitar and writing music for many years. Matt's favorite musical weapons of choice are the Fender Stratocaster and the Yamaha DX7.