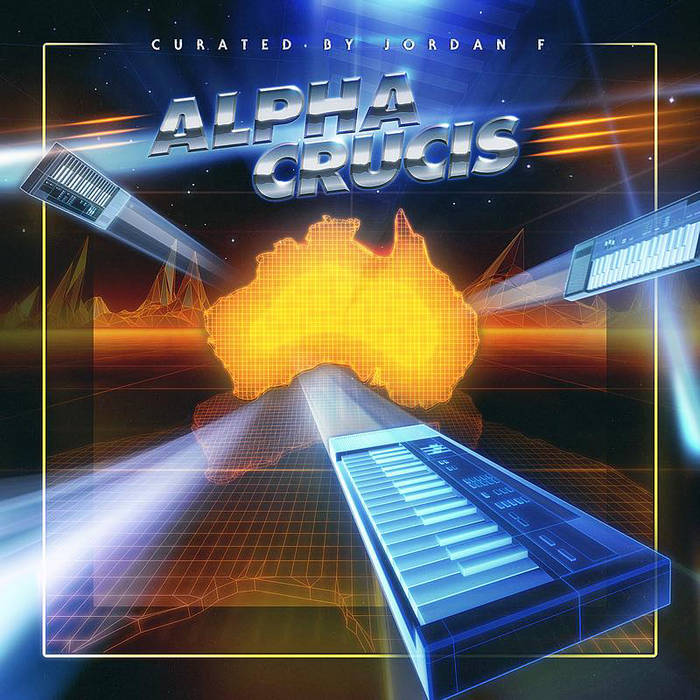 LazerShoes I've got synthwave fever, and this is only making it worse! Excellent compilation that sums up everything that's right about this awesome summer of synthwave. Favorite track: Summer Drive.

In 2015, in Australia, 80s inspired synth music feels strong, established and most importantly relevant. After the first blast of nostalgia in the late 2000s a core group of producers and fans have built upon those opening salvos from the likes of Miami Horror, Power Glove, FactoryFactory, Jordan F, and others. Those 80s inspirations became something of a focus; not a fleeting glory as it was for much of the planet, but instead it built stronger and wider and is now what I’d call, established.

Why is this? Why here in Australia; and not Los Angeles, or London, or Paris, or elsewhere? I ponder this constantly as the love of everything 80s is something I’m very passionate about and from a sociological and nostalgic stand point, it greatly interests me as to why Australia has such fond affection for music inspired by sounds of the 80s. Looking back, I think much of this is because the first time around the 80s never really happened in Australia. Music in Australia, especially in the early 80s was all about pub rock. The synth oriented sounds emanating from the UK in early 80s were seen as a fad and not to be taken seriously against the entrenched monolith that was Aussie pub rock.

It wasn’t until the late 80s when Australia really tried to catch up with much of the rest of the world but by then so much had already passed us by. I remember it being such a massive deal when Molly Meldrum would mention Australian bands making it to some degree in the U.S or UK. It was a miracle this ever happened at all based on how divergent much of our music had become at a homegrown, grassroots level. By the end of the 80s much of those wonderful 80s sounds were lost in the legacy of Stock, Aitken & Waterman and the resurgence of Aussie pub rock under a new guise called ‘grunge’.

I wholly believe the fascination we have with the 80s sounds, designs, movies, TV and anything else in modern times is due to much of us being deprived of it in the 80s themselves. There’s a distinct fantasy and idealism associated with the 80s from an Australian perspective and this rings delightfully true in the music being made today. It’s an homage to a memory that never was. A dream of synths and emotions that is only real today.

Nostalgia is a mighty strong force, but dreams are much more powerful. The 80s dreams are made today, in bedrooms and garage studios in Perth, Melbourne, Brisbane and Sydney. They don’t need to be in Miami, LA, New York or London. This music is powered by a love for a time that only exists in the imaginations of its creators and this is why this music commands such passionate producers and ardently loyal fans. On Alpha Crucis you’ll feel this magic and if you’re lucky you too will take on that wonderful 80s neon glow that makes everything in life just a tad more rad and always rockin to the max.

Alpha Crucis is all about looking forwards and backwards at the same time, with a modern take on vintage inspirations.