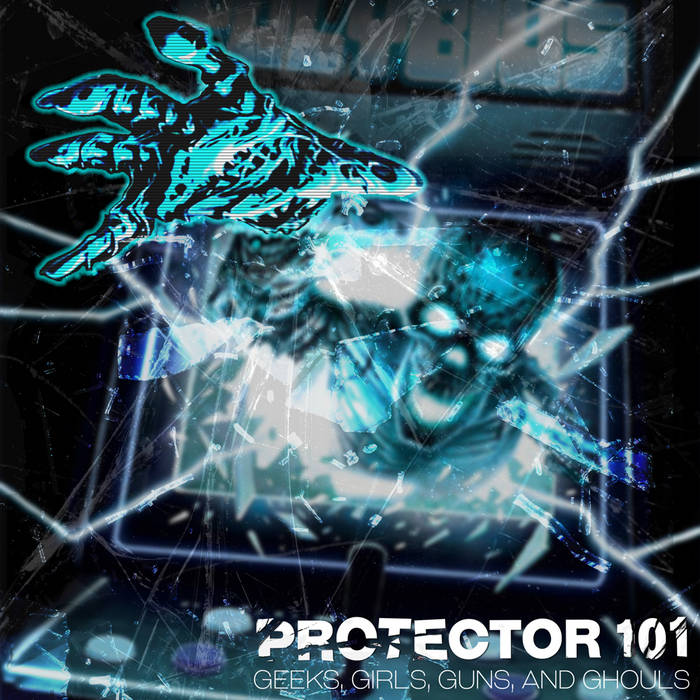 kmxexii A wicked cool album. The cinematic "Evil" sets the tone with a diabolical organ-like chiptune lead and "Polybius" has a classic horror stinger vibe. "GEEKS", "GUNS", and the theme are a brace of nice outrun tracks; I like the distortion in "GUNS" and the mellow, sort of outrun in the sunset feel of the main theme. "GIRLS" is a bouncy, funky track with a slightly dark edge thanks to the reverb on the bass. "GHOULS" is a longer, atmospheric piece that builds its tension as slowly as it dissipates. Favorite track: GUNS.

Faith in the Glitch

It was over a year ago, a little bit after I did the mini-soundtrack to "Paperboy 3: The Hard Way" when Newt Wallen came to me and asked if I would like to score his next film, "GEEKS, GIRLS, GUNS, and GHOULS", a film about a couple of dudes hunting for the infamous arcade cabinet, "Polybius" and inevitably opening up a portal to hell with it. Again... Much like the Paperboy 3 plot, how could I turn this wonderful short film down?

With another quick deadline to make and having the video footage in my hands I went at it! I envisioned each section, Geeks, Girls, etc... would have their own theme so to speak, these sections were more upbeat but I also ending up writing these little dark drone-ish vignettes that tied these sections together. This caused the release to become very "polar". Dark and light. It was a great juxtaposition, much like the film itself. After I was done I sent the audio off to Newt.

I always felt that I could have done so much more with the soundtrack. I had these wonderful tunes but because of such a strict deadline to make at the time I only had time to make parts of the songs that played in the video. None of the tracks were fully 100% complete. Skip ahead about a year later and not only was I able to have time to fully flesh out the tracks but I was able to do basically a full remaster of the tracks! I was even lucky enough to have my good buddy, Jeppe "a.k.a. Dynatron" Hasseriis do the mastering for me. He did a phenomenal job and really made the audio stand out!

I hope you enjoy GEEKS, GIRLS, GUNS, and GHOULS. It was definitely a fun release to work on and I'm happy to finally give this soundtrack the proper release it deserves on Telefuture.

Guest hosted by Tamar Osbourn aka Collocutor and Toshio Matsuura.